Incident Management
How does your organization deal with registering, analyzing and managing incidents and other safety risks?

Quality Management
How do you manage improvement actions in your organization and ensure that they contribute to higher quality.

Continuous improvement culture
In order to be successful in improving quality, support is very important. How do you ensure the right culture?

Patient Safety
A great deal of attention is paid to patient safety within the care sector. How do you achieve this safety.

Blogs
Many different blog posts, for every situation, for every job role.

eBooks
Are you looking for more in-depth information?
View our eBooks

Case Studies
Read & learn from the experiences of other organizations.

Incident Management
How does your organization deal with registering, analyzing and managing incidents and other safety risks?

Quality Management
How do you manage improvement actions in your organization and ensure that they contribute to higher quality.

Continuous improvement culture
In order to be successful in improving quality, support is very important. How do you ensure the right culture?

Patient Safety
A great deal of attention is paid to patient safety within the care sector. How do you achieve this safety.

Blogs
Many different blog posts, for every situation, for every job role.

eBooks
Are you looking for more in-depth information?
View our eBooks

Case Studies
Read & learn from the experiences of other organizations.

How to improve the culture for incident reporting

You need a safe reporting culture and a proactive improvement culture if you want to adopt a structural approach to improving safety and quality within your organization. It is a culture in which everyone is alert to potential risks and in which, in an atmosphere of openness, people are actively engaged in safely reporting incidents. It is an environment in which unsafe situations in processes are easily addressed and improved.

Based on the points listed below we will explain how you can work towards a safe reporting culture and a proactive improvement culture.

Conditions for improving the reporting culture

In order to learn from incidents, it is important that all incidents and near incidents are reported. Unfortunately, reporting an incident is still often considered an administrative burden that is difficult and redundant. So how do you still ensure a good reporting culture? Below we provide some framework conditions:

Further explanation of a Just Culture

From a black-and-white perspective, we can distinguish two cultures that address ‘human errors’ within an organization: On the one hand the retributive culture, based on rules and on the other hand the restorative culture, a Just Culture. A corporate culture centered on trust, learning capacity and accountability.

A retributive culture is based on rules, violation of those rules and penalties. There is a (basic) moral debt that needs to be settled. To the company, the victims, the community. And that payment is a balanced, fair and proportional penalty, that places responsibility with the offender and serves as an example.

In a restorative culture, also called a Just Culture, the emphasis is placed on open and honest sharing of errors made. The focus is not on ‘the offender’ but on ‘the victim’ and how this person can be best assisted. Subsequently, it is important to look at the factors that led to the error. The basic principle here is that human errors occur regularly within a complex organization and therefore there needs to be an open investigation and discussion as to where the error or errors were made, in order to bring about change.

It is important that an organization has a transparent and respectful procedure to assess the role of someone involved in an incident as objectively as possible. Based on the ‘Swiss cheese model’ of psychologist James Reason who extensively investigated and described ‘human errors’, the British National Patient Safety Agency formulated a so-called ‘decision tree’ that can be broken down into four questions :

Asking and answering four relatively easy questions contributes to care providers being addressed justly, which increases trust in the safety of the organization.

People need to be sure that reporting errors is treated justly, that there are no disproportionate consequences. The dilemma is of course that in certain cases you need to call people to account, with the risk that others will remain silent in the future. This is where Just Culture becomes important: to balance accountability with learning .

Do you have questions about the options?
Leave your question on our contact form! 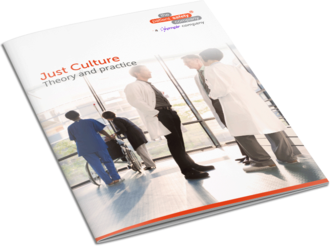 How does a safety culture lay the foundation for patient safety?
Do you know the five conditions for a Just Culture?
What role does communication have in this?
Read our eBook to learn more about Just Culture's principles.

In order to create a safety culture, it is important that employees become aware of unconscious behavior. The following interventions contribute to awareness: 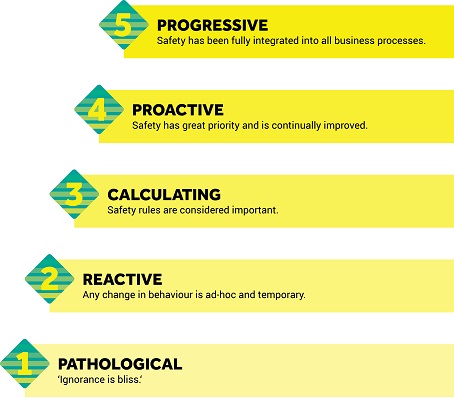 Some characteristics of a safety culture in denial :

What is required to create a pro-active safety culture? To develop a safety culture in denial into a reactive or even pro-active culture, more openness about and awareness of risks is essential. In a pro-active culture, employees can report incidents safely and without any fear of sanctions. In addition, they should be guaranteed that the results of analyses lead to targeted improvement actions that will be implemented throughout the organization. 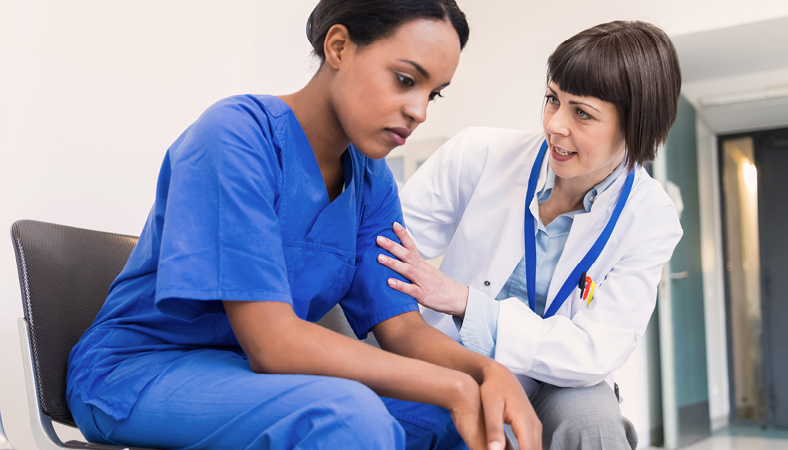 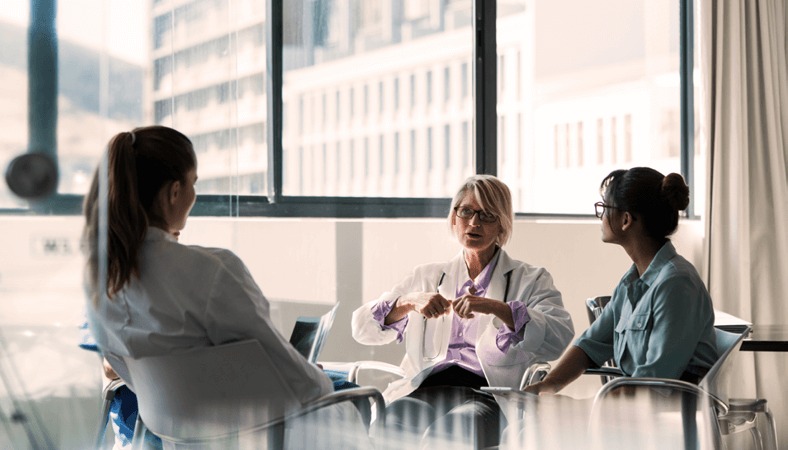 The essence of clear communication

“How can we reduce the chance of miscommunication? How does communication contribute to the learning capacity of the organization? And building a Just Culture?”

The role of management in this process determines the level of success. They must fulfil an exemplary role that shows commitment to and effort towards safe working conditions. Open communication about improvement measures plays an important role in this respect. In doing so, management clearly shows that the importance of learning from incidents and enhancing safety in the work place takes priority.

Involve the notifying person and other stakeholders in discussing potential improvement actions. They are familiar with the situation in which the error occurred and will have to implement a new procedure. If they come up with the idea themselves, this will increase their support.

Do you want to have a better understanding of the culture in the workplace as an organization? A culture survey allows you to measure to what extent the organization or department has an open or closed culture. Trends become visible so that targeted actions can be taken to gradually improve the culture. The RiskSync platform allows you to conduct these surveys among your staff. You may choose to use the recognized COMPaZ survey, or simply compile a questionnaire yourself.

Safety II as a new approach to improvement

In recent years, a new movement has been unfolding. This approach, called Safety II, is a hot item within the healthcare sector, but can definitely also be applied to other sectors. Safety II focuses on learning from what works well in the workplace, rather than learning from incidents. To further improve the quality and safety in your organization you no longer depend on (near) incidents. Instead, you look at everyday practice and analyze the different situations in the workplace and how people respond to certain (anomalous) situations. This adaptability of employees is the reason that most of the time things actually do go right. Attention to improving employee resilience is essential in the case of Safety II.

The FRAM analysis is a method to map the differences between procedures and daily practice. Not every situation can be laid down in procedures and in daily practice procedures are not always correctly applied either. FRAM investigates in an open and positive way how employees perform their daily tasks. With increased knowledge about this aspect you can start enhancing adaptability in the workplace. See this external page for more information on the FRAM analysis method.

With our software, a complete Patient Safety platform is ready for you.

Access anytime, anywhere, securely managed in the cloud. Flexible and scalable to organize due to the modular structure. With many options to adjust each part to your own needs.

Quick and easy to set up. Due to the user-friendly design, no programming knowledge is required for the implementation. Our consultants are ready to help with your configuration.

Our software is a cost-efficient solution for patient safety management, because many of the building blocks have already been made for you! Suitable for both small and large organizations. 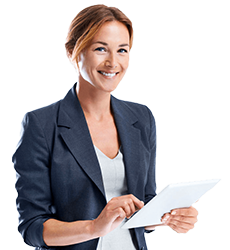 Want to learn more about our software?

Schedule a free online demo or discuss your needs with a specialist.

Want to learn more about our software?

Schedule a free online demo or discuss your needs with a specialist.

We help healthcare organizations to increase safety for patients, employees and their workplace and to reduce risks. Therefore we develop software to easily collect and analyze quality data and to start and monitor improvement plans.

You will receive updates about patient safety, incident management and healthcare improvement.